This article brings to you some gossips running around the Hollywood world. Read on to find out more.

Do you remember Hugh Hefner? The late Hugh Hefner is the founder of Playboy and he passed away in September 2017 at age 91. His widow, Crystal Hefner has involved herself in a dispute against the co-stars of  The Girls Next Door, Holly Madison, and Kendra Wilkinson by making her favoritism.

Holly and Kendra have been into a dispute against each other and Crystal has sided with Wilkinson. Even though she has sided, Crystal is still bewildered about the reason behind their fight.

It seems like the two – Madison, 44, and Wilkinson, 35 picks up moments to get into a feud. During Wednesday’s podcast episode of Call Her Daddy, Madison rejuvenated the dispute by making an accusation against Wilkinson. According to Madison, Wilkinson had an affair with Hefner, however, she remained dishonest about when she was involved in a sexual relationship with Hefner. 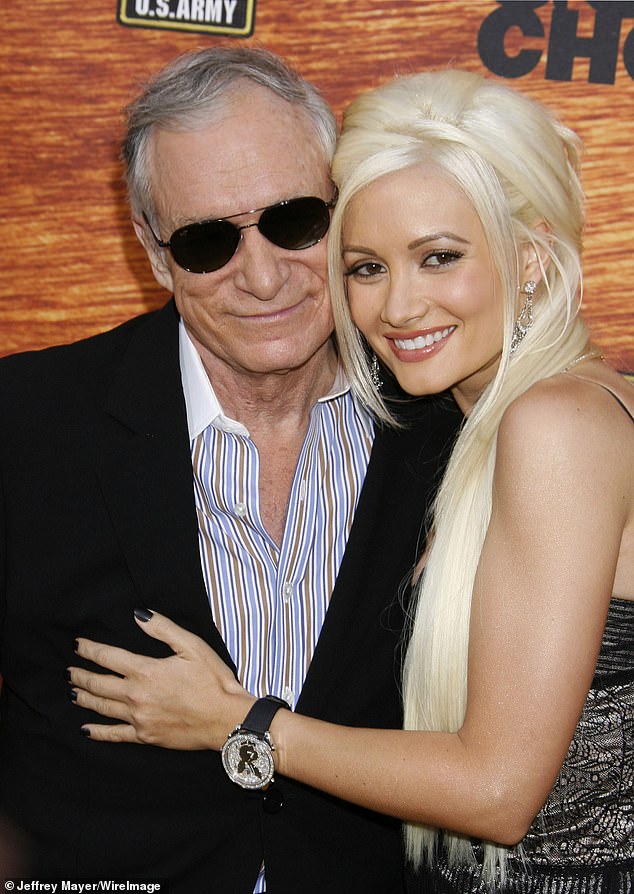 In the Us Weekly reports, Crystal has a MeWe profile, and making use of this column, she expressed her opinion about the never-ending feud between the two co-stars. She jotted down in her post stating that she has stayed in the mansion for a decade which is almost four years ago and has observed the drama of Kendra and Madison going on for quite a long time, even from before her stay in the mansion. However, in-between the fight, Crystal has sided with Kendra.

Crystal seems to be confused about the feud. She feels that maybe the reasons behind despising her by Holly and Bridget Marquardt are similar to that of Madison and Kendra. The fact according to Crystal is that there’s absolutely no reason for them to hate her. She also hopes that a day comes sooner when they can all wrap up the fight and can sit down to compare their individual experiences.

Do you know when did the feud started? We have to move back to the year 2015. Madison received the best-selling 2015 memoir, for her book, Down the Rabbit Hole. It was in this book that Madison expressed her despise against Wilkinson. The duo couldn’t stand each other while being at the Playboy mansion. As per Madison’s perception, Wilkinson seems to be the fakest person that she has ever come across.

Wilkinson also has a memoir called 2010’s Sliding Into Home. In this particular memoir, Wilkinson seems to have claimed that she was asked by Hefner on the night of their first meet to be one of his girlfriends. Targeting this claim by Wilkinson, Madison claimed the story to be a false one. She backed up her words saying that Hefner was the kind of man who would never ask any girl to be his girlfriend before having sex.

Madison doesn’t seem to be closing the topic any sooner. In her latest episode of Call Her Daddy, Madison claimed that she had to first share the bed with Hefner before getting any proposal of moving in with him. Madison also clarified that her intention was not to slut-shame anybody but to bring honesty into the false story claimed by Wilkinson.

Madison tried every attempt to prove her honesty. She even shared some pictorial details from Playboy Mansion during their stay. Madison, Wilkinson, and Bridget Marquardt were all once the main girlfriends of Hefner. Later they were featured on Girls Next Door. Crystal also appeared on the same show, Girls Next Door, and later married to Hefner in 2012.

How did Wilkinson react to Madison’s comment? Well, after E! News took on to post the latest comments by Madison, Wilkinson seemed to be shocked to know that Madison was holding onto the same topic for almost a decade now. In the outlet post, Wilkinson expressed how she is all love and is happy with her children and family, and has made peace with her past.

On receiving criticism on her Instagram post for some Instagram users were of the opinion that she was still hating Madison over their bygone days to which Wilkinson clarified that it’s actually Madison who is still holding onto the past while she is all love now. So far, Madison and Wilkinson have not seen commenting on Crystal’s remarks.

Outlander is All Set To Return With Season 6 – Release Date, Plot, Everything You Need To Know.
Lauryn “Pumpkin” Shannon Is Expecting Her Second Child With Her Husband Joshua Efird
Comment