In the second part of the fifth season, you will witness God making His way to the Earth. He is certainly visiting to look after His kids. And what do you think, will be the outcome of this visit? I think expecting some insanity will not be controversial.

TRAILER OF THE SECOND PART OF THE FIFTH SEASON OF LUCIFER

If you haven’t watched the trailer yet, well let me brief you a little.

This season the role of God will be played by Dennis Haysbert. Are you excited? Yes, he is none other than the All-State guy.

If you watch the trailer, you will see that God is all set to come to the Earth. So what do you expect if God meets Lucifer? Even the thought of it pumps my heart a little faster. God will interact with Lucifer in the season. Yes, you have heard me right.

You will witness God asking questions to Lucifer. What is the probable question you can think of? Well, you will see Him interrogating Lucifer about his intention. Lucifer has been on Earth for quite a long time and it seems like it now concerns God. God will also ask him about what he actually does on Earth, what are his works?

TWIST IN THE STORYLINE

But there is some real twist in the story. It seems like Dennis Haysbert aka God is about to retire. Yes, you have heard me right. So, what next? Well, God makes aloud an announcement about his retirement. If you are thinking that his tenure has come to an end then you are wrong. It is actually God Himself who is willing to retire as per his own convenience.

Did God come on Earth to simply announce his will to retire? No. He also has other things planned out. Following his retirement, he also left the responsibility of choosing the next God on Michael and Lucifer. Either one of them can be the next God. Both need to fight it out for the position. I know, the trailer leaves enough space for us to discuss all the probable questions and suitable solutions. 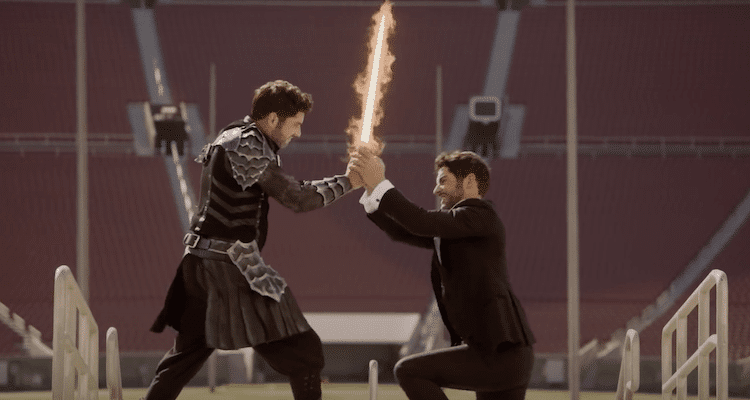 The trailer also tells us that this season you are to witness some great epic fights. There will be a number of murders and obviously, Lucifer will entangle himself to solve the murder cases. All the fights will result in the death of a number of people. Wait –  the season will not just be dressed in blood, instead, there will be some musical episodes too. If not musical episodes, you are guaranteed to enjoy some interludes.

And once again there will be some dramatic interaction between Lucifer and Chloe. Yes. The trailer shows that Lucifer will tell Chloe that he indeed never ever loved her. Are you going to fall into the trap once again? No. I don’t think they make a fool of us just one more time.

Doesn’t this trailer sound like it is the end of the Lucifer series? I mean, where will Lucifer be directed towards after this massive blowout? But, that is not going to be the case. The series will wrap up with Season 6.

Keeping intact all the excitement, do not forget to watch Lucifer Season 5, Part 2 premiere on Netflix on May 28, 2021.

Enjoy Your Weekend With “Love Around The World Marathon”: Read To Know The Details
Netflix’S Best K-Drama Series “Vincenzo” Is Back With It’s Finale Episode 20: All You Need To Know!
Comment