Are you a fan of Line of Duty? Have you watched the trailer of the last episode of the series? If so, you are on the right page. Read this article in full-length to know in-depth about the closure of the series.

I remember whenever I start watching a series, I become very much involved in the story. And also I have observed that the start and end of any series is the crucial part to comment on any series. I am sure we all have the same experience with this. And it’s such a depressing moment if you have to accept that the series wraps up on a mediocre note.

Actually last night i.e., on the 2nd of May, the sixth series of Jed Mercurio’s crime drama came to an end. The series was telecasted on BBC. The main question that follows this piece of this information is – How was it? With a heavy heart, I have to say that fans are disappointed and they felt majorly underwhelmed.

With the episode telecasted on May 2, fans now have started predicting that the series will not be returning. This prediction has caused a little chaos among the fans and is now expressing their disappointment for having to witness an unsatisfying conclusion to the long-running “H” storyline.

If you have seen the trailer you must already know that the finale was supposed to disclose the identity of “the Fourth Man”. This Fourth Man was previously referred to as “H”.

If you are a regular viewer of the show, you must already know that the past episodes – AC-12 showed that the corrupt copper was searching into historic documents to discover the fourth member of “H”. Later they found that the fourth member is none other than the blundering Detective Superintendent Ian Buckells. Nigel Boyle played the role of Buckells. 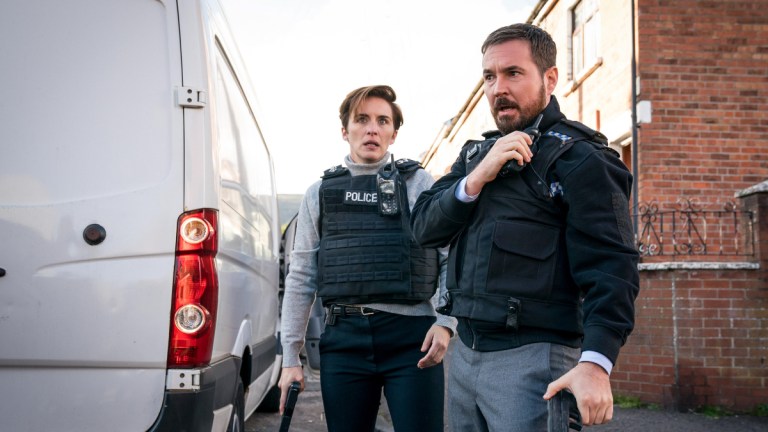 The story had its own twists and interesting elements. Ever since the beginning of the series, Buckell’s has been a prime suspect. Why so? The plot was directed in such a way that gave some clues which show him swinging a golf club in his office. The show also provided a reference to crooked former character DI Matthew “Dot” Cotton popularly known as “The Caddy”.

Many have now come forward and are speaking on social media about the end of the Line of Duty. One has jotted down that despite the fact that he  didn’t watch it, yet he already learned that many of the fans do not think that the finale could be ever completed

Another viewer expressed his disappointment and explained that the finale didn’t even hold a minute for Buckell’s the ‘last man’. In fact, the involvement of James Nesbitt was limited to only a few photographs. He also added that despite the last season was splendidly wonderful yet the finale episode was rank rotten.

Another viewer expressed his expectation that he held for the finale episode. But betraying to all expectations, the season finished off with Buckells.

With all the disappointments in the air, it now seems like all this time, the BBC was simply accused of hyping up the episode a little more. In the context of this, a person tweeted that it was unjustified on the part of BBC for such promotions where it simply referred to Sunday’s episode as the finale to the whole show and hung a tagline – ‘everything has led to this.

There were other disappointing fans who compared the tragic ending of the season with that of Game of Thrones and Dexter.

Another fan exclaimed in utter sadness for having to watch such a boring episode when there was already so much hype revolving around the finale.

But not all fans were upset. Some were actually satisfied with the finale. Enjoying the finale, some fans shared their pieces of explanation regarding why according to them the Buckell’s reveal was actually a decent one.

Another supporter shared that he liked that it was Buckell’s although it was unexpected.

It is now difficult to say if the production team is going to come with the seventh series of Line of Duty.

Will Smith Says He Is In His Worst Shape Ever: Read To Know What His Friends Has To Say On This
Mortal Kombat Vs Demon Slayer Race At The Box Office And It’s Clear That Slayer Wins
Comment