I know you will agree with me when I say Money Heist has a different level of popularity. I wonder, who hasn’t watched it yet. So yeah, if you are a fan of Money Heist then you are on the correct site. Read this article in full-length to know more about your favorite show.

If you are a fan and a regular viewer of Money Heist, then you are sure to know that the season is coming to a closure. You must be waiting eagerly for the fifth and final season. But let me inform you that the production team is now wrapping up the shootings and with the completion of the show, different actors are getting emotional. Obviously, when you have passed such a long time in a particular set, saying goodbye can really get tough.

The Netflix actors are all emotional as they are biding goodbye to each other following the final wrap of the show. They are also posting pictures on social media sites. Among the many posts from many actors, the post from The Professor is worth mentioning.

You must be well aware of the actor Álvaro Morte, one who played the lead role of Sergio Marquina aka The Professor. He uploaded his memories from the set, on his Instagram post which is sure to make anyone of us go emotional. 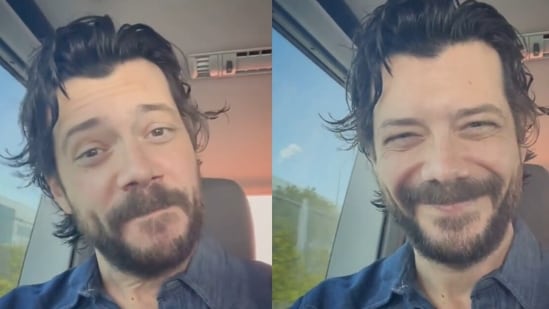 Álvaro shared a video on his Instagram post. The video featured him bidding a final goodbye to the sets of La Casa De Papel or Money Heist as he makes his way to his car. The way, Álvaro turns around to have a final gaze at the building before he leaves the set for good, is sure to leave a bitter-sweet emotion within you.

He also shared an emotional note in the caption. Álvaro enjoyed his time while playing the character of The Professor. The character gained huge fans and became one of the most favorite characters from the show. As he departs the set for the last time, he becomes extremely grateful.

Álvaro takes his time to thank the entire team of @vancouvermediaproducciones and @netflixes @netflix and also the character that he played i.e., The Professor. He ended the caption with a feeling of gratitude. He also expresses how much he is going to miss all the good times that he shared.

Not just ordinary fans, but many celebrities also reacted to his post. Among the dozens of celebs who reacted to his post, there were some of his Money Heist co-stars. The co-stars reacting to the post included – Itziar Ituño, Esther Acebo, and Najwa Nimri. In fact, Netflix Spain didn’t step back from commenting on the post. Netflix Spain jotted down in the comment section that if the uploaded video itself has wet everyone’s eyes then what might happen with the end of the final season.

It’s not just Álvaro who posted on a social media site. Even his co-star, Itziar Ituno also shared her gratitude on her Instagram handle. So, you can make out that even Itziar finished her part of filming. The character of Inspector Raquel was played by Itziar. However, she changes her name to Lisbon after she joined the gang.

Your favorite series, Money Heist will mark its end with Money Heist 5. The final season is going to have a total of 10 episodes. Very recently Netflix confirmed that the final series will be released in the last quarter of 2021.

Our Very Beloved Conan O’Brien Will Be Hosting The Final Episode Of Conan, Will Be Aired On June 24.
Read To Know What To Expect From 9-1-1: Lone Star Season 2 Episode 12
Comment