Peter Rabbit 2: The Runaway Will Be Released In China Prior To Its Release In The U.S. In June

Have you crossed your path with the movie entitled Peter Rabbit? If you are a fan of the movie then I am very elated to share with you that I have some good news to spill through this article. I know all the fans must be looking forward to the news. So, to grasp the idea, read the entire article in full length.

You can infer Peter Rabbit as a comedy and computerized animated movie. If you watch this movie you are sure to enjoy live action throughout the duration of the movie. The first version of the movie was released back in 2018 and I must say, it did receive an insane amount of response from the audience.

Well, if you have also loved the movie, then you can turn your back this time. Why? Because the movie is all geared up to release its second version. Yes, You have heard me right!

The second version of the movie is entitled – Peter Rabbit 2: The Runaway. The movie is distributed by Sony Picture Releasing. Well, all the fans must be wondering about the release date of the movie.

Peter Rabbit 2: The Runaway will run across China from the start of the 11th of June. So, it is going to scamper a week prior to the release of the movie in the United States. The movie will release in the U.S. on the 18th of June.

Well, the global pandemic did hamper every sector of industries irrespective of its location in the world. The entertainment industry also had to pay the price for the pandemic. Affected by the COVID-19 condition, the release of the film was delayed way behind its schedule date. It was earlier scheduled to be released in February 2020.

The movie was debuted in Australia and New Zealand on March 25 while some scattered territories got their debut earlier this month.

The film also was released in the U.K. earlier this week. And as expected, the response received was highly insane and secured the topmost position earlier this week. After months of closures of indoor cinemas, around 80% of them were re-opened in England, Scotland, and Wales on May 17.

The movie went ahead along with a pack of 14 new releases this week. As per the Comscore figures, they have managed to earn $558,000 from 334 sites on Monday and Tuesday.

I really do not know what opinion the Chinese must hold regarding “Peter”, however, I can surely guarantee that the film holds the potential to perform a couple of times in the world’s largest film market. The largest film markets house a number of theatres that have been opened since last July. In fact, irrespective of the current scenario, the box office has shown numbers that crossed the benchmark of the past few years. 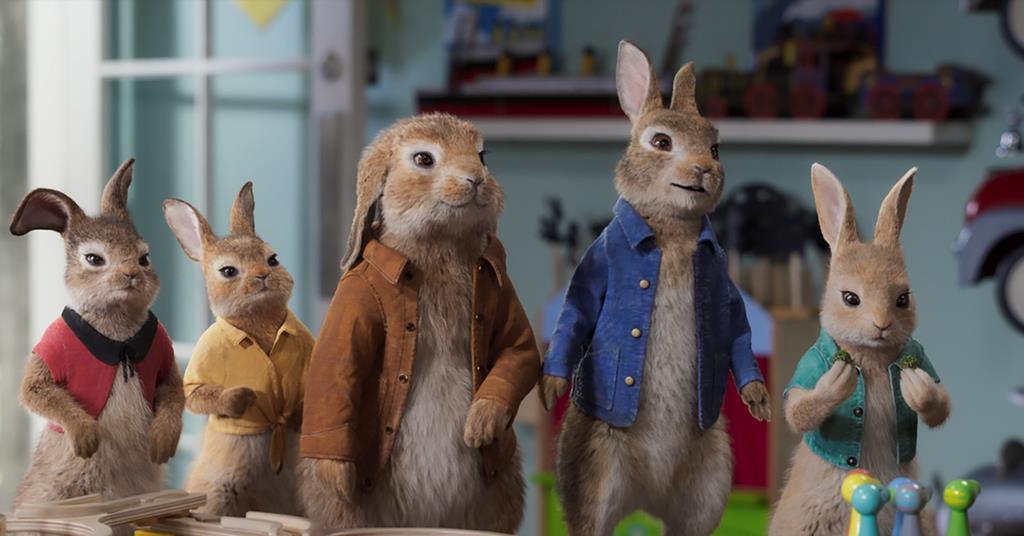 However, the scenario can alter in China. Why? Because as per the data from Artisan Gateway, the box office in China is down by 10% as compared to the pre-pandemic scenario of 2019.

Peter Rabbit 2 will be directed by Will Gluck and once again it will tell you tales of the Beatrix Potter character Peter Rabbit. Peter Rabbit moves to a big city and intentionally lands into trouble to kill boredom. The movie will feature the voice of James Corden, Domhnall Gleeson, Elizabeth Debicki, and Margot Robbie, among others.

The first version of the movie, Peter Rabbit was debuted in 2018 and successfully earned a gross amount of $26.3 million in China. With these numbers, Peter Rabbit secured the position of second strongest overseas performance after the U.K., where it managed to earn a gross of $54 million.

The Upcoming American science fiction action horror film is coming back on screens. This time like all the Predator series...

Bumblebee became one of the massive hits on the big screen in 2018 which increased the demand for the sequel...

The Bad Guys 2: Will there be a sequel to the film? Rumors and Updates

Buzzing news that is floating around the towns of Hollywood is that the Animated film The Bad Guys might get...

The upcoming American superhero film Black Adam is arriving on screens with its amazing and intense story and twisting plot...

When is Scarlett Johansson’s Sing 2 releasing on Netflix?

Sing 2 was released on December 22, 2021, starring Matthew McConaughey and Scarlett Johansson. The sequel was released for the...