by Sayed
in Celebrity, Entertainment, News
57 2
0

There is no question that Gwen Stefani and Blake Shelton have married this time. The pair married on Saturday, less than a month after the No Doubt singer fueled wedding speculation by wearing a diamond band on her left hand.

The wedding took place at Shelton’s property in Oklahoma, where he had previously built a chapel with the aim of marrying Stefani there. Photos from the wedding show a white tent and several covered tables outside the chapel, which were decorated with beautiful flowers and greenery.

Both the rocker and the country artist were recently divorced at the time. After four years of marriage, Shelton filed for divorce from his second wife, Miranda Lambert, in July 2015. Then, only a few weeks later, Stefani and Rossdale called it quits after 13 years of marriage, shocking fans. 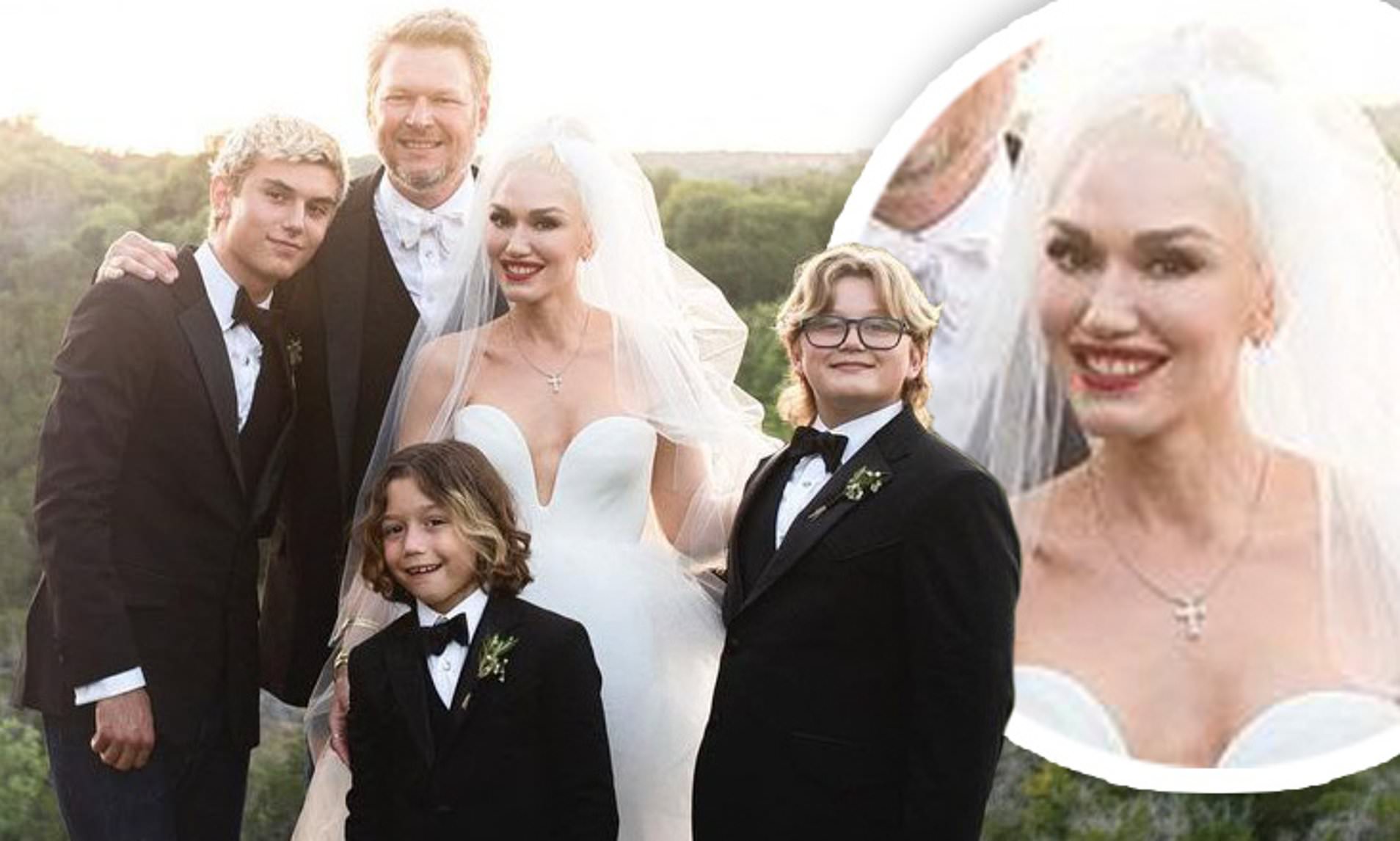 Since reuniting, the musicians have worked on other love songs, including “Nobody But You,” “Happy Anywhere,” and “You Make It Feel Like Christmas.”

In October 2020, the pair confirmed their engagement. Shelton casually proposed to the singer of “Rich Girl” with a massive six- to nine-carat round solitaire diamond set on what seemed to be a platinum ring. Earlier this week, it was reported that the couple had sought a marriage license in Oklahoma and would shortly be married.

“We’re going to Oklahoma next week, as is our custom. My entire family is flying out, and we haven’t been back since the wedding “She told the news source. “As a result, I’m really looking forward to it.” The 52-year-old singer, who spoke on Wednesday at “The Wonderful World of Disney: Magical Holiday Celebration,” said she has a new property in Oklahoma and is looking forward to spending Thanksgiving there. “There is a new house for us there. We’ve started a new life there. So this will be our first Thanksgiving as a married couple! I’m grateful and ecstatic.” The outlet’s official Twitter account tweeted a video of the singer, stating she “can’t wait to build memories with her family this Christmas.”

The newly built mansion is a custom-built estate in Tishomingo, Oklahoma, where they will return after their honeymoon. The lakeside mansion has a slew of chimneys and dormer windows, as well as a tree-lined driveway. According to pictures, there is also a stone cottage directly adjacent to the estate that is presumably a hideaway for visitors. So, why did the couple decide to build their dream home in this town? Shelton was born and reared in Ada, Oklahoma, only 45 minutes from Tishomingo.

Even better, the estate hosted Stefani and Shelton’s wedding this past weekend, which took place at a chapel on the estate, only one mile from this magnificent mansion, according to the New York Post. According to the newspaper, Shelton constructed this chapel for Stefani, and it’s where he proposed to her last year.

The newly wedded bride also said that she could not wait to make Christmas memory with her family along with her husband, she inform about the same while giving an interview.

Billions returns with a new season? We are here to talk about the famous show Billions as everyone stays confused...

Patrick Rothfuss most anticipated title is on its way We are here to discuss the updates on the next book...

Winds of Winter is almost here and the hype is building up The readers have been eagerly waiting for the...